Having all of the information about tax deductions is ridiculously important.

Some people, however, don’t want to deal with tax talk until right before the end of the year.

I personally believe that it is never a bad time to talk about, or even plan for their income tax return.

Maybe it’s because I like to see what others are writing about.

Perhaps it’s because I want to make sure that what’s out there is actually correct.

I do know that one day I happened to end up on Kiplinger’s website.

An article called 10 Ways To Lower Your Taxes had me shaking my head.

First, because I wondered if the editors fact check this information.

The author does not appear to have anything regarding an accounting or tax background on her mini-bio.

No, I am not taking a shot at her personally, just stating a fact.

Secondly, because the entire story is not told about each of the tax deductions mentioned.

As an accountant and tax preparer it really pisses me off.

To me, there isn’t a place for half-assed suggestions and half-truths in journalism or advice-giving in general, much less when it involves taxes.

Well, unless you’re not interested in your reputation or what gets published under your name.

But other than that, I find it completely irresponsible to (knowingly?) leave out important information in articles like this, especially when it really wouldn’t take up that much more space (or take much more time to research).

All this stuff does, is cloud the minds of people who rely on them as resources.

And, in this particular article, there were so many places to expound on an idea or give warnings about not being able to qualify it’s amazing that anyone let this thing get published at all.

So what’s got me all riled up about this particular article?

Well it would be the advice given to taxpayers about these tax deductions:

This as a blanket suggestion is a very bad idea right from the start for multiple reasons.

The first reason is that you can only offset $3,000 of income after countering capital gains with the losses.

It would make sense if the advice was to sell enough losers to first wipe out any gains you may have had, and then just enough to reach the $3,000 limit.

You get no bonus points for carrying a loss forward.

Well, other than offsetting a future gain, but…

There is no guarantee that you will even have any gains in the following years in order to use up those carry-forwards.

Simply because you want to save a little bit on your tax bill now is a terrible reason to sell stocks or funds that are down.

The second reason why it is a bad idea is that there is usually a purpose behind investment purchases.

Unless that purpose has changed, there is no need to dump it for a small benefit provided by these tax deductions today.

This is another one of those tax deductions that confuses me.

To begin with, you can only take tax deductions for charitable donations if you itemize, and that is a fact that escapes many people.

(Tax year 2020 is the only exception so far, and even then it’s limited to $300 in cash donations without itemizing)

If you’re looking to lower your tax bill, especially if it is due to the fact that you need the extra money in the refund, then why would you spend money to save even less on your income tax return?

It’s one thing to donate to charity because you want to and can afford to.

If you are in such dire straits that you need to scratch and claw for every penny you can get back on your return then donating to charity is not the way to go about finding those extra pennies.

Also, what many advice articles do not mention is that the IRS has established guidelines for what are reasonable amounts of donations based on income levels, and anything above those figures may flag the return for a potential audit.

All will be fine if everything you reported is on the up and up (and not just when it comes to the donations).

If not, you better be able to come up with a pretty good rationale for why you did report what you did or else face not only paying the tax that would have been due had the correct numbers been used but also the penalties and interest are attached.

Worse yet, once you are audited and found to be guilty of falsifying your return or abusing certain privileges, you will then be on the IRS watch list, and no one wants to be in that position.

None of that is worth a few dollars in extra tax deductions.

Buying A Home Is A Great Tax Deduction

I’m not sure where to even begin with this one!

This was a deciding factor in the rent vs. buy debate back in the day, but not so much anymore.

Many people, particularly the frugal will tell you that buying a home simply for the mortgage and real estate tax deductions is a horrible idea.

Aside from the fact that you will generally take on a great deal of debt, certain other factors come into play.

If you happen to buy into an area that has a homeowners association, or if you purchase a condo, you will have to pay association fees that aren’t deductible.

The HOA guidelines you must follow in regard to upkeep and appearance as well as home ownership costs that aren’t deductible such as:

And, in order to even receive the tax deductions for the real estate taxes, you must (as we’ll mention soon) actually pay them.

This is one of the top areas in which people underestimate or even exclude from their monthly budget when considering a home purchase.

If you can afford to do so, then buying a home may indeed provide some tax deductions, although the breaks alone do not justify making such a large investment.

Let’s not forget that if you purchase a home at distressed prices, the mortgage interest and taxes may not be enough to itemize.

In that case, you get zero tax benefit at all.

The next two sections fall under this umbrella of buying a home as a tax deduction but require a little bit more detail.

This is a simple one to explain.

Very plainly, the IRS has established guidelines that state that tax deductions can only be claimed for the portion of the expense that was allocated to the current year.

In plain English, that means if you pay anything beyond your January mortgage in December, Form 1098 you receive from the lending financial institution will only contain the interest that was paid and applied up until December 31.

If you report more and try to justify that you are including it due to the fact that you made the payment in the current year, guess what: you’re wrong.

Since the interest portion of your payment was originally allocated to the next year, you are disallowed from claiming it early.

This is another pretty simple one.

You cannot claim any tax deductions unless it was paid in the current year.

Many real estate tax assessments are sent out in August or September and the final bills go out in November.

Other times, you may have semi-annual or quarterly real estate taxes but just because you were issued a bill does not allow you the right to claim the deduction.

You must have physically paid the taxes by December 31 of the current year in order to get the tax deductions.

There is a bright side, however, and if for some reason you do not have the ability to pay that bill in the current year, you are permitted to claim the deduction in the following year when you do finally pay it.

This may be one of the more difficult deductions to figure out, especially since there are multiple tax deductions/credits to choose from and the rules have recently changed.

But one thing is very clear: not every expense is allowed in the calculation of qualified expenses.

So what does that leave as non-deductible?

Well, pretty much everything else:

**Some people will argue that books are an eligible expense, but per the IRS, they are only allowed to be included in your qualified expense calculation only if they are a requirement for enrollment or attendance.**

Let’s not forget what happens if you receive college scholarships or grants, either.

You aren’t paying for the education expenses out-of-pocket, so you can’t claim tax deductions (or credits) on those amounts.

And, if the scholarships and/or grants exceed the expenses and either:

Well, then you have to report it as taxable income.

Unfortunately, that is the way it is, and equally unfortunate is the fact that this distinction is often left out of the discussion on the topic giving taxpayers false hope for a large deduction.

Again, this is just a list of the more common tax deductions that are not often fully explained.

Almost all tax deductions have limitations of some sort, but many of the other major ones get full attention when it comes to their discussion.

The only thing you can do is to educate yourself to the best of your ability on the ones that apply to you.

You can also pay an experienced professional to prepare your taxes and know that in most instances, they have a much better understanding of the tax code.

That should get you the deductions that you truly qualify to take and save you the risk of being audited by ignoring the ones that you have no business even going near.

And let’s not forget–state income tax rules are going to be different so something may be deductible on the federal return but not the state or vice versa.

Have you ever been misled by half-assed, half-explained “recommendations” related to tax deductions? Do you do your own fact-checking before blindly following the financial advice you found online?

Sign up and get exclusive email-only content, freebies and surveys to help me make the content better for you! No BS, no spammy crap, and absolutely no daily annoyances.

Please check your inbox for an important subscription confirmation message. If you don’t see it, check your spam/junk folder and mark it as “safe/not spam” so you don’t miss out on any future communications.

Eric is a personal finance expert covering topics such as credit cards and debt, individual income taxes, money management and more since 2009. He has also been writing about small business & entrepreneurship topics like self-employment taxes, running payroll, business formation and more at Eric Nisall dot com. His advice has been quoted on major publications & sites such as Readers Digest, Lifehacker, Forbes, Business Insider & more.

Check out these other informative articles: 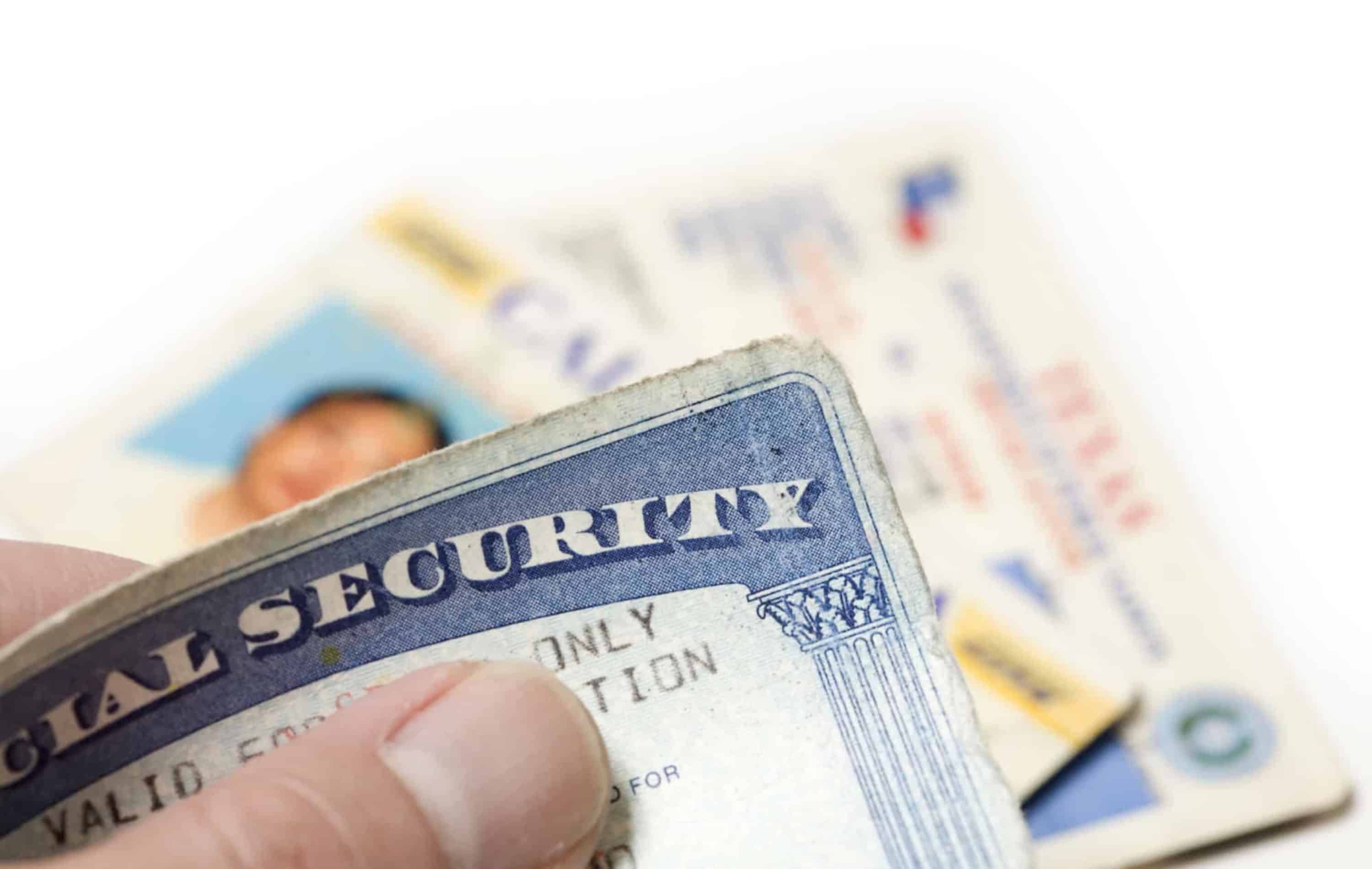